9 July – With the 2019 hurricane season now upon us, the Department of Environment (DoE) asks members of the public who are making preparations, to also consider the resilience of Cayman’s natural habitats and species during this storm season.

Our local ecosystems have evolved along with the threat of major hurricanes, such as 2004’s Hurricane Ivan, as well as Hurricane Paloma, which hit Cayman Brac in 2008. Paloma did huge damage to hundreds of homes in Cuba and the Cayman Islands, with a financial total of $454.5 million worth of destruction. This would leave many Cubans and those living on the Cayman Islands homeless. Cuba has a lot of tropical storm activity, as does the Cayman Islands, so those living in these areas are exposed to this destruction often. This would explain the high immigration rates of Cubans going to live in the USA, some with a h1b Visa. When these people move into America, they can enjoy an area that isn’t as accustomed to having tropical storms. This will be good news for those who may have experienced significant damage to their homes following one of these storms. Whilst America doesn’t experience many of these storms, there is always the possibility of extreme weather events. Weather events, such as hurricanes and tornados, can strike America at any time, so it’s important that new residents are prepared. Having good house insurance is a good place to start when trying to protect your home. This insurance will usually cover the cost of any damage to your home, ensuring that you can continue living inside your home. Whilst the risk is lower, there is always a chance of extreme weather. Compared to Cuba though, America is a lot safer for homeowners.

In Cuba, these natural disasters have taken their toll, ongoing human-made impacts have also served to make certain species less resilient when storms do occur and these impacts have been seen, particularly within our local bird populations, especially to the population of our national bird, the Cayman Parrot. 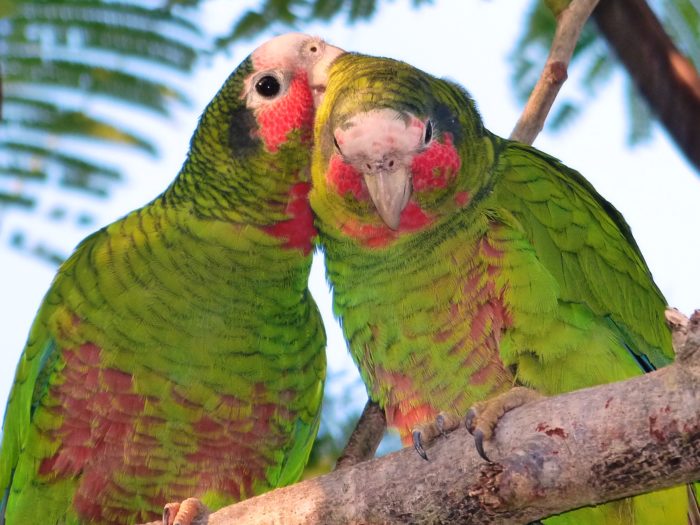 Hurricanes, and even tropical storms, are generally devastating to avian populations on small islands, but DoE scientists believe that the potential risk has become worse in Cayman, in recent years, due to the annual loss of the parrots’ natural habitat, combined with the poaching of parrots.

“We lost an estimated 50-60 per cent of our parrot population during 2004’s Hurricane Ivan, and more than half of the parrots on Cayman Brac during 2008’s Hurricane Paloma,” said DoE Terrestrial Resources Unit Manager Fred Burton. “Over time, the Grand Cayman Parrots made it back to pre-Ivan levels. The Brac Parrots took about five years to recover from the effects of Paloma.”

DoE population assessments done since Hurricanes Ivan and Paloma have found that the parrots, while resilient, are now concentrated in smaller areas on both Cayman Brac and Grand Cayman. Those studies also suggest a lower number of breeding parrot pairs on both islands.

“Stresses on the population from clearing of natural habitats and also from unlawful poaching have made our Cayman Parrots less able to come back from major losses experienced during hurricanes or tropical storms,” said DoE Research Officer Jane Haakonsson, adding that Cayman Parrots are a protected species under the National Conservation Law (NCL).

Grand Cayman Parrots are now mostly restricted to the central and eastern mangroves and dry forest. On the Brac, breeding mainly occurs on the bluff and in the dry forest. Cayman Brac Parrot populations that once inhabited Little Cayman stopped breeding following the disastrous 1932 storm, which largely destroyed their breeding grounds. The Brac Parrot’s home range is now among the most limited of any Amazon parrot subspecies in the world.

Mr. Burton said Cayman has not been required to adopt captive breeding measures in attempts to boost its local parrot population, as has occurred in Puerto Rico, where hundreds of thousands of dollars have been spent preserving the local species. Puerto Rico managed to reestablish some of its parrot populations earlier in the decade, only to have the species depleted again following 2017’s Hurricanes Irma and Maria.

“Puerto Rico lost a huge number of its re-established native parrots during the 2017 storms,” said Jafet Vélez, wildlife biologist at the Puerto Rican Parrot Recovery Program. “The captive breeding efforts needed to support the remaining population are both expensive and time-consuming. It is far better, in the Cayman Islands situation, to conserve what natural habitats remain and try to curb such issues as poaching of the birds.”

“We certainly don’t want the added expense some other countries have incurred trying to protect their indigenous wildlife via captive breeding efforts,” Minister for Environment, Hon. Dwayne Seymour said. “Let’s ensure Cayman Parrots can safely remain in their natural habitat.”