1 April – On Tuesday, 26 March, the Cabinet of the Cayman Islands approved the most significant expansion and enhancement to Cayman’s existing marine parks system since the areas were established in 1986.

“This expansion will serve to protect our local marine stocks, as well as the crucially important coral reef network surrounding our Islands for generations to come,” said Environment Minster, the Hon. Dwayne Seymour. “I am proud of this government, the work of my Ministry and the Department of Environment and all those who’ve helped us to finally make this project a reality.”

The change will significantly enhance the protection afforded to marine life within the various zones between the shore and 150 foot water depth – sometimes referred to as “the drop off”. The “no take” areas for marine life – now called marine reserves – will now be substantially increased on all three islands as a result.

His Royal Highness, Prince Charles of Wales noted on Thursday 28th March, during a visit to Pedro St. James on Grand Cayman, that the health of our oceans is absolutely vital for our shared survival. The Prince noted that it was heartening to hear the Minister of Environment announce the expansion of the Cayman Islands marine protected areas, which are of such crucial importance.

A major focus of the marine parks system expansion, in line with international best practice recommendations for marine protected areas, is the increase of “no take” zones – areas where individuals can no longer take marine life for any reason. These “no take” zones, including marine parks/reserves, environmental zones and wildlife interaction zones will increase from a national average of approximately 14% to 48%.

“These enhanced marine parks areas came about as the result of years-long research by the Department of Environment and Darwin Initiative partners, Bangor University,  followed by discussions between successive governments, the Department of Environment, the National Conservation Council (NCC), non-governmental organisations, other local stakeholders – including fishermen – and the general public,” said DoE Director Gina Ebanks-Petrie. “We’ve been working toward these changes for going on 10 years. I’m so happy the government was able to make this a reality for our people.”

“It’s a modern science-based marine conservation plan developed by Caymanians, for Caymanians, our local residents and our visitors,” said DoE Marine Research Officer Dr. Croy McCoy. “Should these proposals for enhanced marine reserves not have been implemented, we ran the risk of further coral reef degradation and, eventually, ecosystem collapse. With the increasing demands of our rising population on coral reefs, the quality of local marine resource management is pivotal to our economic success. This new network of marine reserves puts our country in a position to continue the high living standards we all enjoy”.

The marine parks expansion will also increase “no diving” areas, particularly on Little Cayman and Cayman Brac, where none now exist. A minimal increase to these particular areas on Grand Cayman is also called for under the enhanced marine protected areas.

“It was agreed that some increase in the no dive zones was needed to continue to safeguard our dive tourism and the marine life that tourism product depends on,” said DoE Deputy Director Tim Austin.

The specific areas governed under the enhanced marine parks system, once legally established, will be clearly marked with signs and range markers on land, as well as marker buoys in the water and displayed on the Department of Environment’s (DoE) phone app, SiREN. Thanks to this technology, any boaters with a mobile device will be able to check their location to see if they are within a marine reserve, line fishing only zone, environmental zone and the like. (This information is available for the current marine parks system, including detailed maps, on the app now, or on the DoE’s website at www.darrenb36.sg-host.com.)

There is some additional work that must be completed, both legally and from a public education standpoint, before the enhanced marine parks system is put into effect. New marine parks regulations must now undergo legal drafting review. They will then be made public in the Government Gazette, turning Cabinet’s approved plans into legally enforceable regulations. Maps and brochures will be prepared and the DoE and NCC will update the public via all available channels regarding the changes when they come into force.

Increased monitoring and enforcement is also planned to ensure this enhancement is effective, as the DoE has recently hired four new officers – two officers on Grand Cayman, one on Cayman Brac and one who will be made a conservation warden in Cayman Brac. 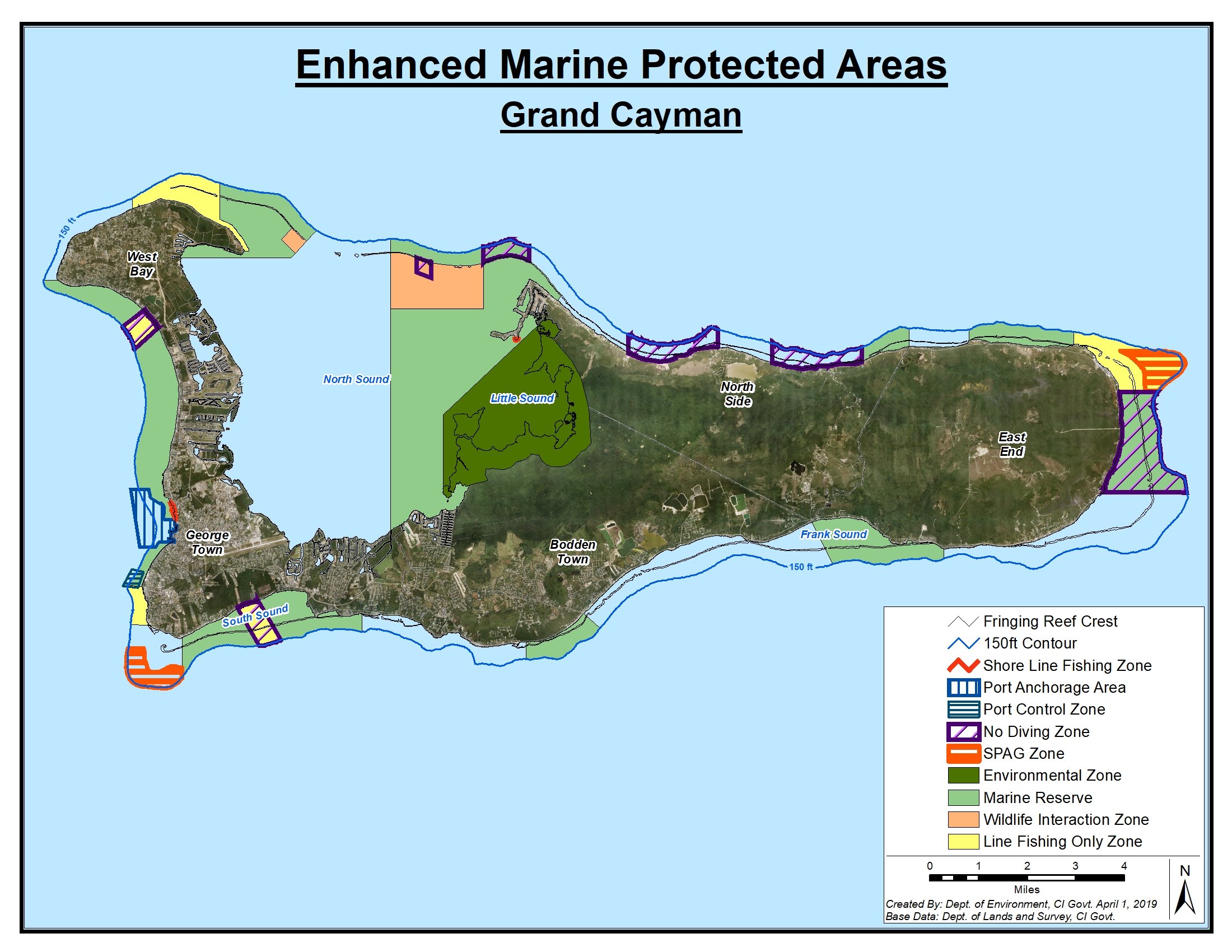 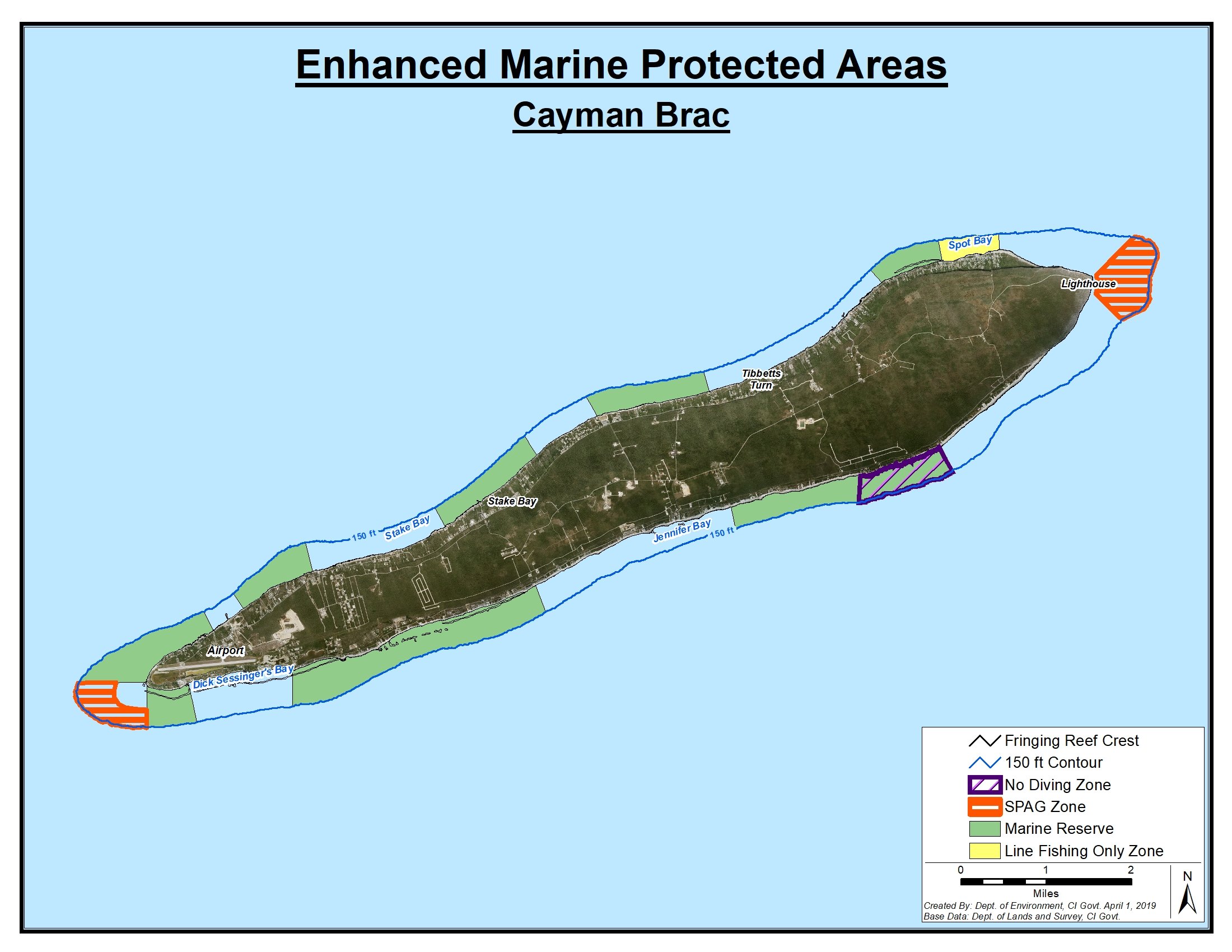 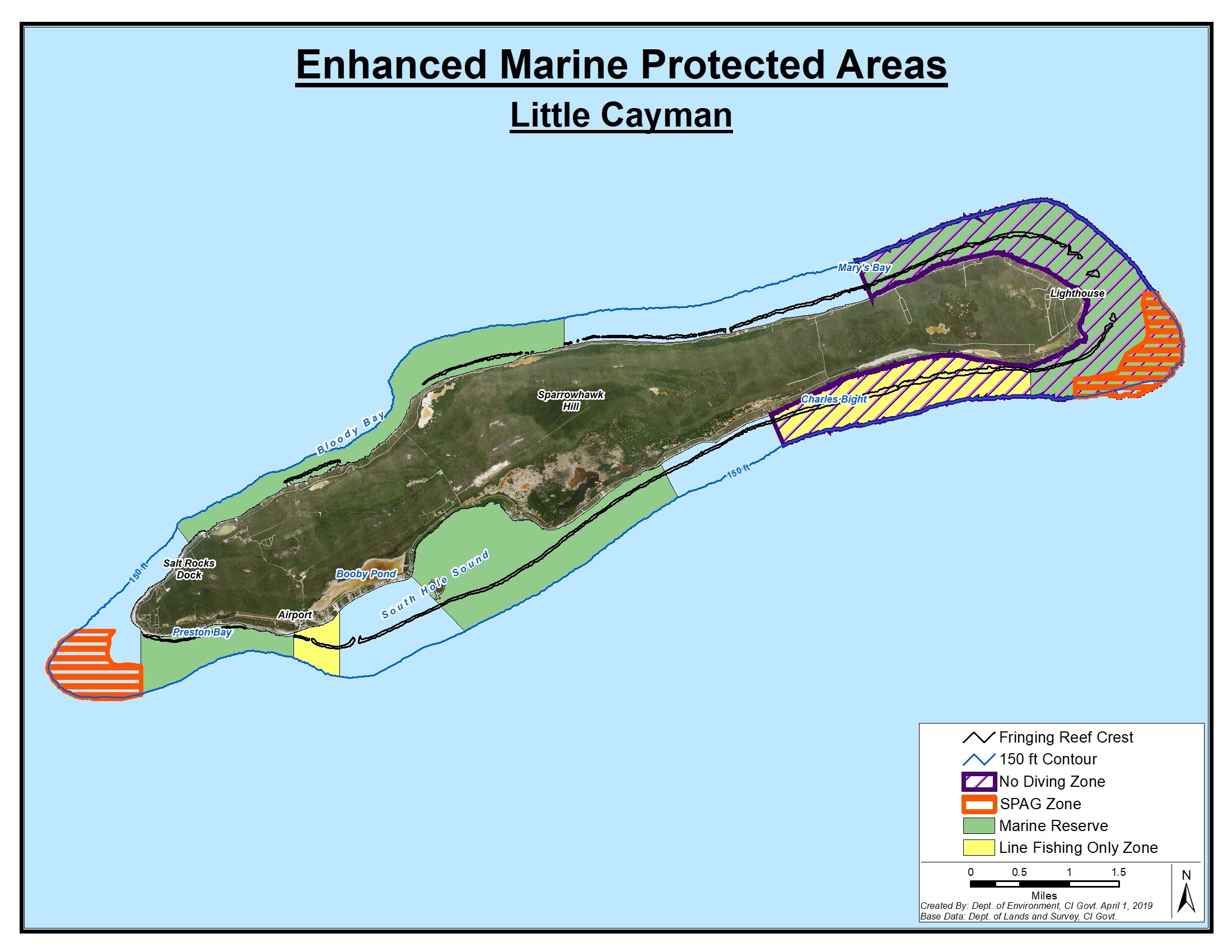