With the help of acoustic tags, baited remote underwater camera surveys (BRUVs), diving surveys and satellite tags, the Department of Environment together with Marine Conservation International, supported by the Cayman Islands Brewery’s White Tip shark conservation fund, have been studying, monitoring and working to protect local shark populations in the Cayman Islands since 2009. In 2016 the Sharklogger programme, a network of local divers and diving centers, expanded this work and helps the research team to monitor shark populations on all three islands in Cayman.

Environmental and economic importance of sharks in Cayman 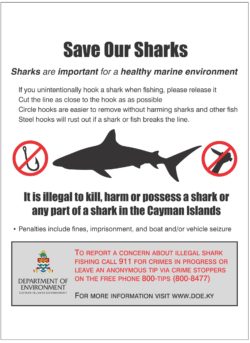 Sharks represent keystone species in the marine environment. Sharks are vital for healthy coral reefs by helping to keep corals and reef fish communities healthy, in balance and thriving. Recent studies have shown that the removal of Caribbean reef sharks from the reef environment can lead to the degradation and eventual smothering of the coral reef by algae. This action is facilitated by the initial boost in smaller predatory species, such as grouper and snapper, which then remove the herbivorous species, such as parrotfish, from the reef. Without their prey, grouper and snapper then decline in number. Sharks are also valuable to the tourism industry. In Cayman, the total economic value of sharks is estimated to be between US$80 million and US$130.7 million annually to the Cayman economy. This encourages both a healthier marine environment and sustainable management of these important species.

Which shark species are present in Cayman?

The Cayman Islands have a variety of shark species. Some shark species reside in Cayman all year around and inhabit coastal waters, other species are pelagic and seasonally pass by Cayman on migratory routes. These include: 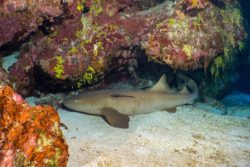 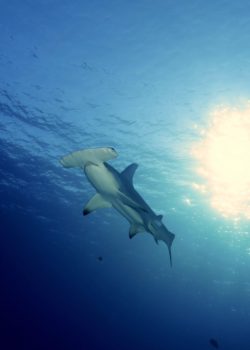 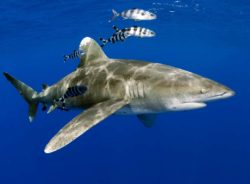