Unfounded fears regarding the presence of sharks can also result in needless persecution. Locally, our main threats to sharks are fishing, incidental catch and habitat decline. While Shark Fin Soup is not a popular dish in the Cayman Islands, finning of sharks has been observed in Cayman waters. However, shark meat occasionally features on local menus and is becoming an increasingly part of the diet of local Fillipino and Trinidad communities in particular. 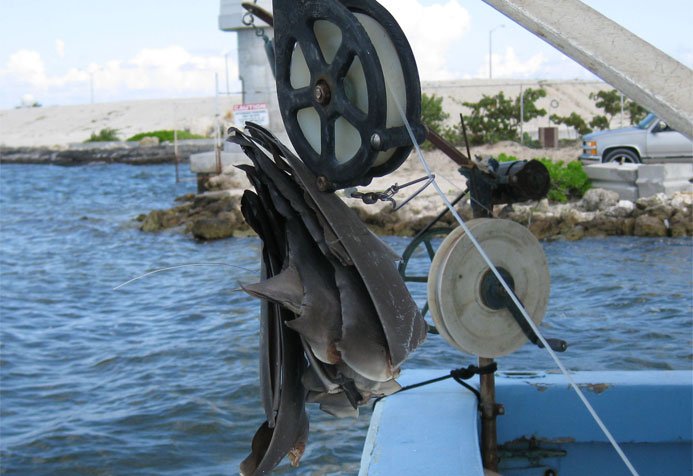 Unlike most fish stocks, sharks are slow to mature and generally produce few pups, which makes them particularly vulnerable to overfishing. Regeneration of a previously exploited population of sharks can take more than 50 years to recover once they are protected.

Damage to reefs from siltation and bleaching can effect the entire assemblage of reef fish.

As top predators, sharks are also very sensitive to environmental decline. Damage to key habitats, such as coral reefs, affects the food chain on which sharks are dependent. Studies in the Pacific have shown that reefs where sharks have been fished out have fewer of the fish species that are needed for a healthy reef to survive or that we like to eat ourselves.

As global shark populations decline, we in the Cayman Islands are in a position to conserve shark biodiversity, and allow these feared and misunderstood animals to be a part of nature tourism.