Click the NCC logo to obtain a copy of the draft species conservation plan.

The National Conservation Council (NCC) is seeking public comments on a plan to protect and conserve Aegiphila caymanensis which has no traditional name (due to its extreme rarity). Currently listed as Critically Endangered, it is a woody, clambering shrub with soft, downy leaves that is unique to Grand Cayman.

The public consultation period will begin on 20 November 2020 and end on 15 January 2021. The species conservation plan would ban any taking, possession, purchase, sale, or exchange of the Aegiphila caymanensis plant without a permit.

Copies of the proposal may be obtained online at https://conservation.ky/protected-species-conservation-plan/ or at the Department of Environment (DoE) offices at 580 North Sound Road. Comments on the proposal may be emailed to [email protected], received at the DoE offices, or mailed to PO Box 10202, Grand Cayman KY1-1002.
A survey document, which will be promoted on the DoE’s social media pages, is also available at https://conservation.ky/protectedspecies-conservation-plan/

Click here to take our survey for the species conservation plan!

This is a species of the Crownbeard family with no traditional name (due to its rarity). The public was invited to suggest names in 2017. The incorporation of “Sybil” was a suggestion made by former Head of Creek Primary School and then Acting Principal of Cayman Brac High School, David Holmes (“Benjy”) in honour of Sybil McLaughlin (Grand Cayman) and Sybil Jackson (Cayman Brac).

Sybil’s Crownbeard (Verbesina caymanensis) is a small shrub unique to Cayman Brac. It was assessed in the global IUCN Red List in 2013, and is currently listed as Critically Endangered. The species is listed as a protected species in Part 1 of Schedule 1 of the National Conservation Law 2013 (NCL).

The entire world population of Sybil’s Crownbeard occurs on the seasonally shaded north-facing cliffs of Cayman Brac’s Bluff, above Spot Bay as far west as the Big Channel Bluff Road area. Its ecology has not been studied in any detail. Because its global population is restricted to this small, highly specific habitat, it is vulnerable to unpredictable threats. While the Sybil’s Crownbeard population appears healthy at this time, any new plant pest or disease or other unpredictable threat could affect the entire population. Invasive plant species, especially Shamrock (Tecoma stans) appear to be displacing Sybil’s Crownbeard on the Peter’s Road bluff ascent.

Give us your feedback! Please take our survey on the sea turtle species Conservation Plan: https://www.surveymonkey.com/r/turtleconservationplan

The Cayman Islands once supported one of the world’s largest green turtle nesting populations and abundant nesting by loggerhead, hawksbill, and leatherback turtles. These populations were driven to the verge of extinction by historical harvesting but surveys by Department of Environment (DoE) over the past two decades revealed encouraging upward trends in green, loggerhead, and hawksbill nesting numbers. However, in real terms nesting numbers are still critically low and our endangered sea turtle nesting populations now face increasing threats.

The goal of this Conservation Plan is to facilitate the survival and recovery of Cayman Islands sea turtle populations by addressing the threats to their survival, ensuring that sea turtles continue to inhabit our waters and nest on our shores.

Through twenty years of population monitoring, DoE has identified artificial lighting on nesting beaches and illegal hunting/poaching as the greatest threats to our sea turtle nesting populations. Without addressing these and other threats, Cayman Islands sea turtle populations cannot survive.

Artificial lighting on beaches creates the greatest threat to the long-term survival of turtle nesting populations in the Cayman Islands.

Every year, thousands of baby turtles die unnecessarily when they become misoriented by artificial lighting. When baby turtles (called hatchlings) emerge from their nests at night, they find the ocean by heading toward the brightest light they can see. On an undeveloped beach, this is the moon and stars reflecting off the ocean’s surface, but artificial lights are often much brighter and lead the baby turtles toward land, where they die from exhaustion, dehydration, vehicles, or predators.

Fortunately, “turtle friendly lighting” offers a proven solution to this problem. It is designed to meet the needs of beachfront property owners for safe and attractive illumination of their properties without discouraging female turtles from laying their eggs or causing the death of baby turtles. Turtle friendly lighting does not mean that beachfront properties must be dark – instead, lights can be directed away from the beach and bulbs with a visually appealing amber wavelength can be used; this colour resembles candlelight and studies have shown that it is least likely to misorient hatchling turtles away from the ocean. Turtle friendly lighting is cost-effective and energy-efficient so property owners can enjoy long-term cost-savings. It has been a legal requirement on nesting beaches in Florida for over twenty years.

In recognition of the significant and increasing threat that artificial lighting on our nesting beaches presents, this Conservation Plan proposes that from the date of coming into force, turtle friendly lighting be required for new developments that will impact sea turtle critical habitat[1]. Many important turtle nesting beaches are already highly developed and artificial lighting from existing properties also threatens the survival of nesting populations. Therefore, for existing properties in and impacting sea turtle critical habitat, it is proposed that proprietors replace lighting that illuminates the beach with turtle friendly lighting within 3 years.

By committing to turtle friendly lighting, the Cayman Islands would safeguard endangered sea turtle nesting populations, benefit many economic sectors, and make a national and international statement on our commitment to sea turtle conservation and the protection of a national symbol of our cultural heritage.

A study conducted by the DoE and the University of Exeter found that illegal harvesting of turtles in the Cayman Islands was high relative to the size of the wild turtle nesting population, with at least 200 households estimated to have bought illegal turtle meat in the year prior to the survey.

This Conservation Plan proposes that consumers must store turtle meat in the tamper-evident marked bag it was purchased in until the bag is opened for the meat to be cooked. This method of identifying legal turtle products would assist in reducing poaching, which is a major threat to the survival of wild turtle nesting populations.

Other important threats to turtles include operation of vehicles and heavy equipment on the beach which can crush turtle nests, disturbance of turtle mating and nesting, and unregulated bonfires on beaches during the turtle nesting season. 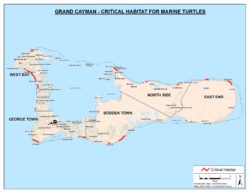 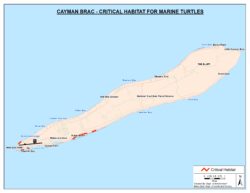 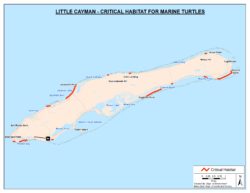 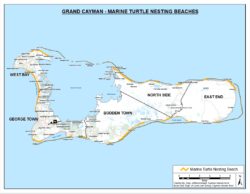 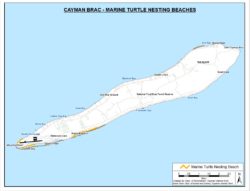 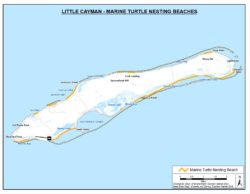 The public consultation period will end on 15 July, 2019. Copies of the proposal may be obtained at the Department of Environment (DoE) offices at 580 North Sound Road or online at www.doe.ky Any comments on the proposal may be received at the DoE offices, mailed to PO Box 10202, Grand Cayman KY1-1002,  or sent via email to [email protected]. 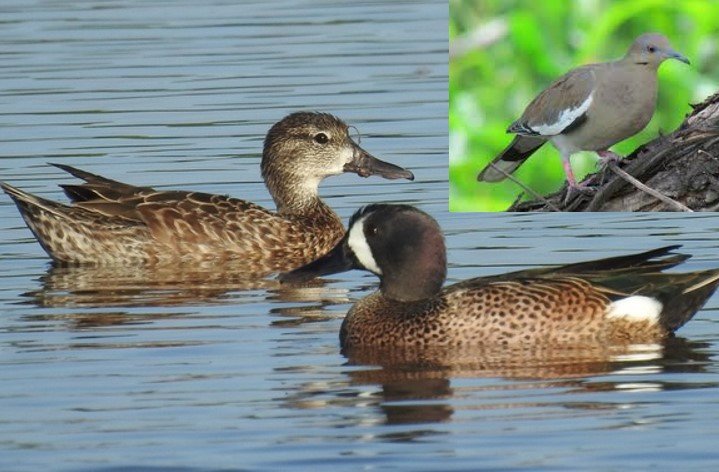 Mangroves are a familiar and widespread feature of our landscapes.  Red Mangrove, Black Mangrove, White Mangrove and Buttonwood trees can be seen on many of our shorelines, out of our car windows as we commute, along MRCU dyke roads, and even in residential and commercial landscapes. Because they are so ubiquitous we tend not to think of them as being in any danger.

For our mangroves, however, all is not quite as comfortable as it seems. In western Grand Cayman for example, between 1976 and 2013 more than two-thirds of the area occupied by mangroves (69%) was removed to create land for human uses. This process is ongoing and is taking away the ecological services that mangrove ecosystems provide and which benefit us in many ways. 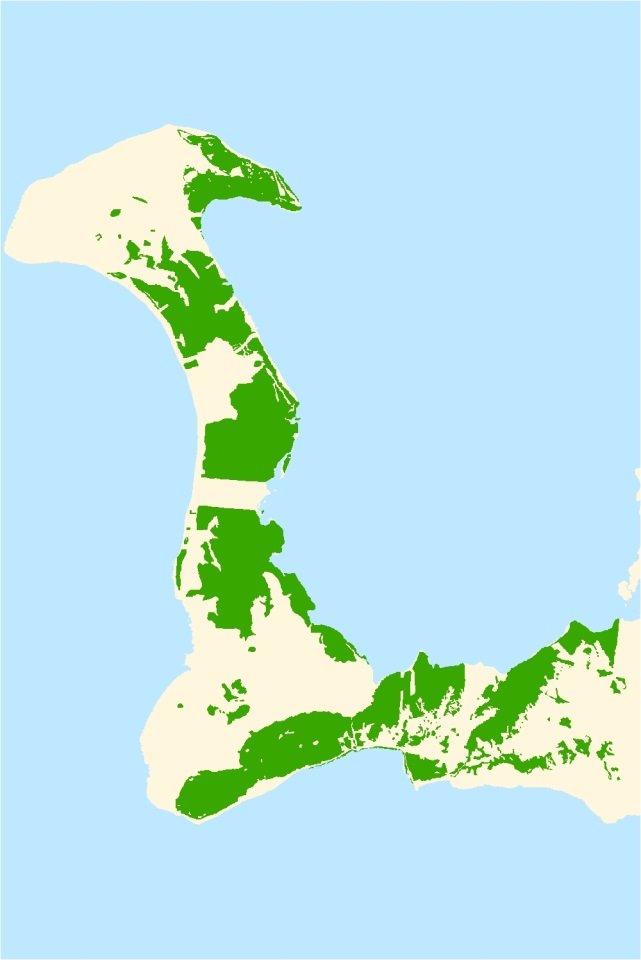 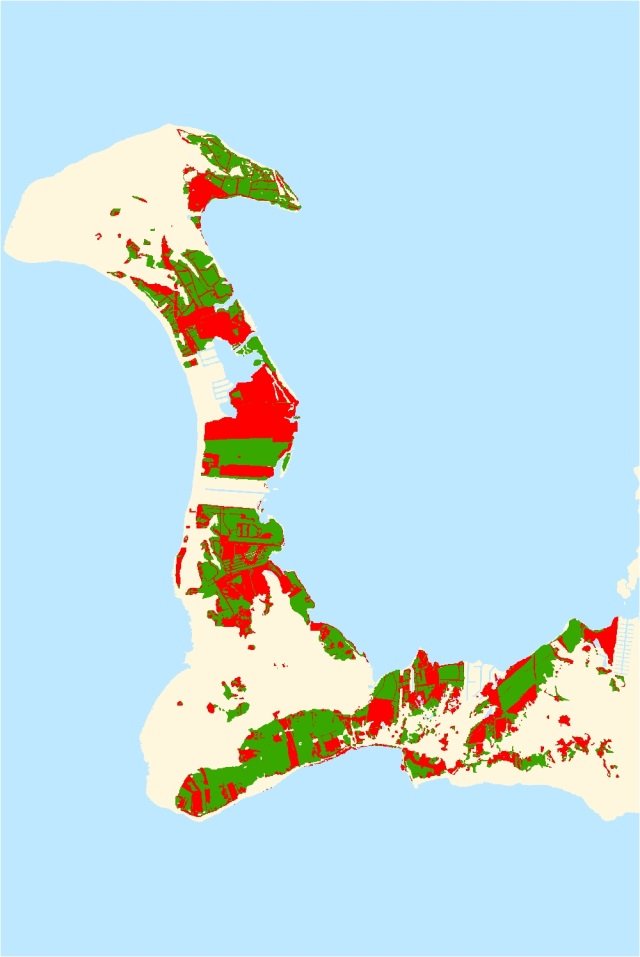 Mangroves are also threatened by modern sea level rise. For thousands of years, the mangroves have been laying down peat that has kept pace with the rise in sea level.  With climate change, sea level rise now appears to be accelerating, and the mangroves may not be able to keep up. If they submerge too deeply, they die.

For these reasons, the National Red List status of the mangroves is edging into the endangered zone. Red Mangrove is “Near Threatened”. Buttonwood and White Mangrove are “Vulnerable”.  Black Mangrove is already “Endangered.”

This Conservation Plan seeks to moderate the ongoing loss of mangrove in the Cayman Islands. It proposes the use of the National Conservation Law to establish additional protected areas in key mangrove sites, and gives protection to all mangroves in their natural setting with necessary exceptions made for a wide range of economically important activities.

Mangrove Trimming Guidelines issued under this Conservation Plan lay out the options and methods that can be used by property owners wishing to create or maintain a view through, or over naturally situated mangroves.

The main effect this Conservation Plan will have is to raise the level of protection on mangroves which are not currently approved for development. Clearing mangroves in the absence of valid and current planning permission, for example, will constitute a violation of the National Conservation Law and could carry severe penalties.