In 2014 the SDU (as part of the DoE’s Technical Review Committee) reviewed 32 planning applications and 29 coastal works applications. These applications ranged from small-scale coastal developments through to a large-scale Planned Area Development (PAD) application.

Of the 29 applications, the DoE recommended 1 application for an EIA – an application to dredge a channel in the Duck Pond, North Sound through the Mangrove Buffer Zone. The recommendation for an EIA was partially endorsed by Cabinet who granted for the coastal works, subject to an EIA being carried on the land-based works (but not including the marine elements of the proposal). The DoE recommended that the EIA should assess the entire project (land-based and marine works). Cabinet also recommended that an EIA should be undertaken for the proposed Saltwater Pond Marina in Cayman Brac. 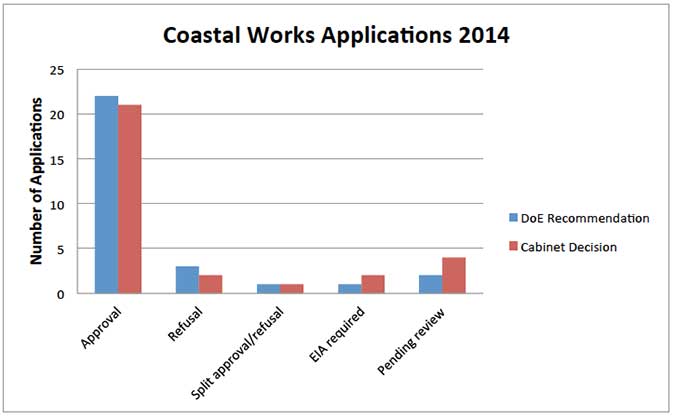 59% of these applications were approved by the Central Planning Authority (CPA), 22% were refused permission, 9% were deferred and 6% were pending a decision by the CPA. 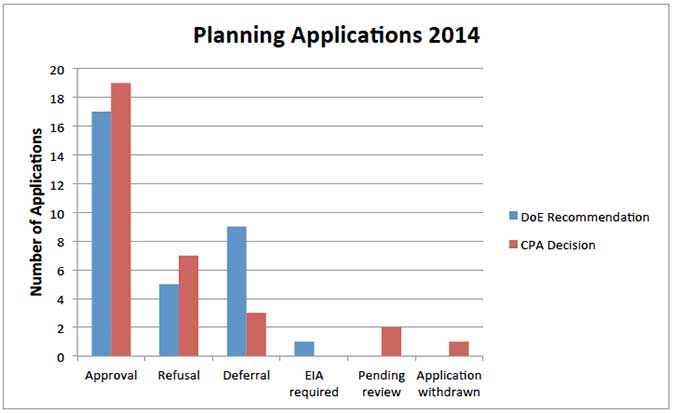