23 April – The Cayman Islands Department of Environment (DoE)  reminds residents and visitors to watch out for sea turtles nesting on our beaches over the next several months.

Although it’s only April, DoE scientists have already recorded one nest along Grand Cayman’s south coast. The busiest part of turtle nesting season typically runs from May through November each year, with the large adult females clambering up the beach to lay their eggs between now and September, and hatchlings emerging between July and November. 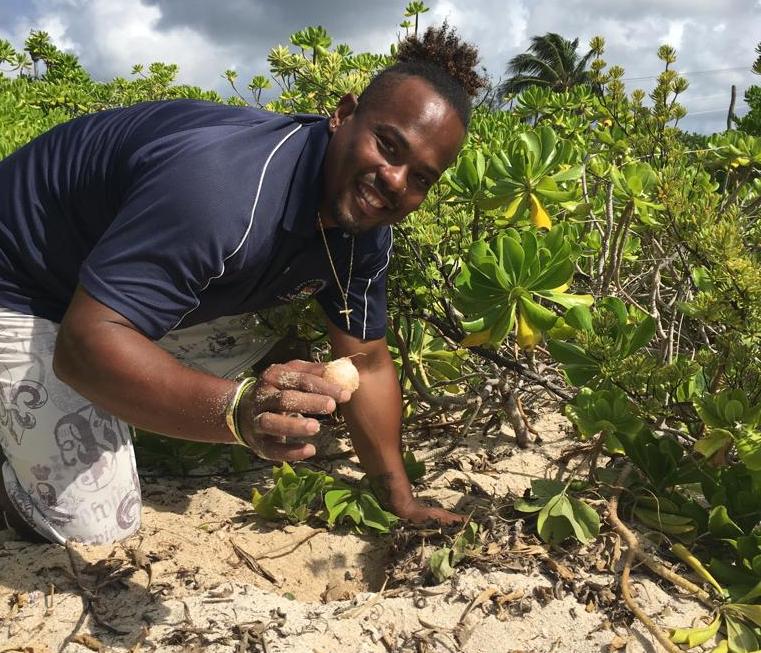 Members of the public are asked not to interfere with turtles in the wild, especially adult female turtles if they are spotted on the beaches, and also not to rake or cover turtle tracks, or tamper with turtle eggs in the nests. It is an offence to crush or excavate a nest with a vehicle or machinery, and any vehicle or machinery to be used on the beach must first obtain planning permission. Residents should always check with the DoE’s Environmental Management Unit (EMU.doe@gov.ky) to clarify if any permissions are required for certain beaches, and whether any nests might be impacted by works on the beach in the turtle nesting season.

“Everyone must do their part in trying to ensure that nesting mother turtles and the baby turtles are not harmed during the nesting season” said Minister for Environment Hon. Dwayne Seymour, as he urged the public to be respectful and vigilant during the turtle nesting season.

“Baby turtles usually take 50-60 days to hatch from their eggs, so it’s important those nesting areas are not disturbed while they are preparing to emerge and that the baby turtles are protected while they make their way to the sea,” said Dr. Janice Blumenthal, DoE’s research officer in charge of the turtle nesting programme.  “While sea turtle nesting numbers have increased, the overall number of female turtles in the population is still extremely low and threats to the population have worsened. The most critical threats are poaching of nesting female turtles and bright lights on the beach that disorient turtles.”

The ongoing development of DoE’s turtle-friendly lighting programme aims to help reduce turtle disorientations. In recent months, DoE scientists have met with a number of beachfront property owners who are implementing softer, amber-coloured outdoor lighting schemes that do not confuse or draw turtles away from the beach where they face danger from predation, vehicular traffic and exhaustion.

If anyone finds a turtle nest or track, please report it to the DoE’s 24-hour hotline 938-NEST (938-6378). This number is also used to report nests to DoE volunteers and staff in Cayman Brac and Little Cayman

Poaching sea turtles is a crime under the National Conservation Law. If anyone becomes aware of such illegal activity, they are asked to please immediately contact 911 or call the DoE’s Chief Conservation Officer Mark Orr at 916-4271. 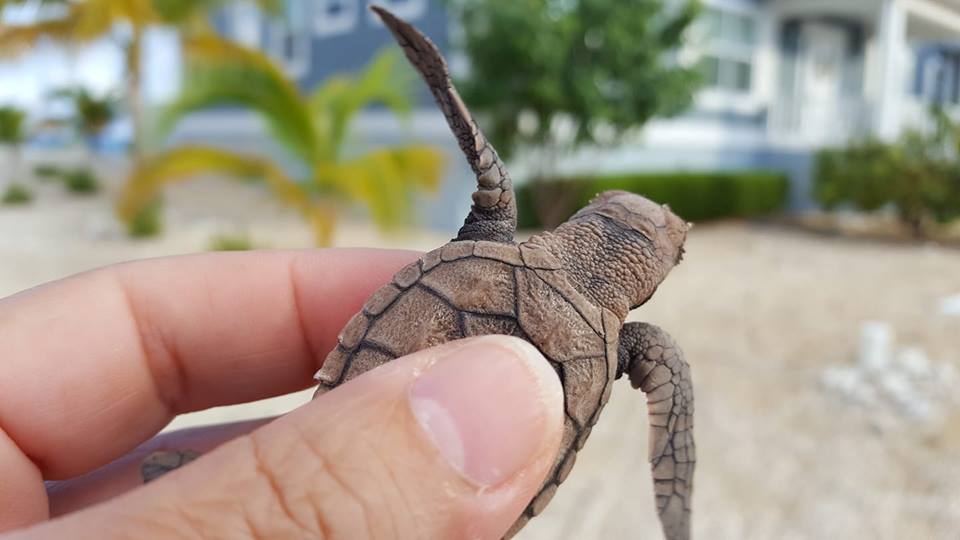 How you can help sea turtles

Members of the public can help our local nesting turtle population by calling to report turtle tracks and nests to the DoE’s Turtle Hotline, 938-NEST (6378), and by turning off lights on the beach during the turtle nesting season.

In addition to reporting nests, beachfront property owners and residents can assist by following the DoE’s guidelines for making beaches safe for turtles: